The most significant value of K-Design Award is to provide the most convenient, accurate, and valuable design screening in the world based on judging system not on personal competences of evaluators. The judging committee consists of competent and experienced teaching staffs and directors. This was intended to secure fairness under the dimensions of K-Design Award in addition to provide highly reliable selective standard through experts of various fields, in terms of theories and practical experiences. The order of screening will go by the judges selecting the nominees and placing works in rank based on their order of preference.
﻿ 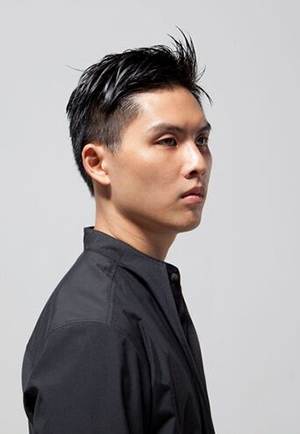 Bryan is the founder and design director of qu’est-ce que c’est design, a graphic design studio based in Singapore. He received his bachelor’s degree in Fine Art (Visual Communications) from Nanyang Technological University, and his Diploma in Multimedia Technology from Singapore Polytechnic. From 2014 to 2017, he was also an adjunct Visual Communication and Infographics lecturer at Singapore Polytechnic.

His pursuit in the realm of design is tied closely with his interest in pre-modern South and Southeast Asian cultures, particularly the symbols and meaning expressed in through their material culture. As a designer, he constantly seeks opportunities to work on projects that draws inspiration and relationship with this interest. Between 2012 to 2015, he was involved in a project centred its research on the study of the symbolism of the cosmic serpent found on Laotian handwoven textiles as researcher, field worker and designer during the project, which was conferred an Honourable Mention by the UNESCO Wenhui Award for Educational Innovation in 2012. The interest has also led to pursue a Master Degree in Art (History of Art/Archaeology) at SOAS, University of London presently.

Designed by sketchbooks.co.kr / sketchbook5 board skin

The choices and decisions made by judges of different backgrounds will undergo a phase of persuasion about the nominees and order of ranks will be marked through a fair way for the awarded works. This order of judgment requires a distinct judging device that is used exclusively in K-Design Award so it may be a rather difficult and effort taking judging procedure. However it needs to be endured to provide reliability and satisfaction during the submission and awarding procedures. Only 1% amongst the submitted works will be crowned with the honor of receiving a grand prize. We have to clarify thatit is not a contest exhibition which only strives for awards. Extensive award domain has not been applied in order to strive for the most authoritative and fair design contest exhibition.

The most significant value of K-Design Award is to provide the most convenient, accurate, and valuable design screening in the world based on judging system not on personal competences of evaluators. We think fairness is most important. For it, In the screening, we do not reveal personal information such as nationality, organization, and name. Interviewers in the first screening are excluded from the second screening. The final screening is conducted as the same way in the first screening. Around 9% of entries are selected as final winners. The percentage of result matching with other evaluators is automatically calculated and information is conveyed to all the evaluators. It makes it more focused on judging.

"Through this, fair judging process can be optimized."